Natasha’s Legacy An Inspiration of Love

Natasha was a sensitive, dazzling young lady with a breathtaking quality about her. She had (Love) and affection for other people’s feelings, and a flair for creating (peace and unity) while resolving conflicts among her friends. She was understanding, supportive, sympathetic and made it a point that people agreed to respect each other; building freedom from strife.

Natasha believed in beauty, fashion, health and wellness. She enjoyed yoga and joined a health exercise center to maintain her image, and well being.  She always had friends over her house inspiring them to be the person they were meant to be. She implemented a look all on her own, but was willing to share it by giving manicures, pedicures, new hairstyles, and creating a fashionable look to fit their personality.

Natasha was a self accomplished young lady who was: Miss Teen Rhode Island Participant, sang for the Rhode Island Philharmonic Jazz Ensemble, a pianist who performed for the Providence Music Mansion, was a vocalist in a singing group where she composed her own music.  She sang for, Taste the Nation, sang the National Anthem for The Duarte Organization in Providence and The National Anthem at the State House – before such dignitaries as Senator Patrick Kennedy of Rhode Island.

She was a fashion model for Annette Donahue Model Agency, was on the cover of magazines such as Johnson and Wales University, a hair model for RedKin hair products for the Providence Hair Show, was a dancer, poet and an avid basketball player.

Giving Back – A Humanitarian and Activist:

Natasha had a powerful love for life, nature, people, animals, music, culture and believed in giving back in every way she could. She understood that by helping others, she was making a difference by supporting people in need, and recognizing that these little acts of kindness that made her and others smile, provided her with growth and balance in life.

As a young child she collected insects, had a few love birds, fish, a kitten, a dog and was against animal cruelty.  She decided one day to start her own volunteer business which entailed walking dogs for the elderly in her neighborhood in (Cranston), RI.

Her Influence and Mentorships:

Her influence was understood by organizations that invited her to participate in such as; the Rhode Island Black Heritage Society, where she volunteered her time. She was sought by a member of the Public Defender’s Office who asked her to mentor young girls at the ACI (correction) Intuition Training Center, in Cranston (she passed before getting involved).

​Family was very important to Natasha; she loved taking care of her younger brother Joshua and was his protector.  She’d take him to school, pick him up and helped with his homework while her mother worked full time.  Natasha also loved kids, and babysitting. She was close to her aunts, uncles, and cousins.

Natasha was very ambitious and had big dreams. Although she was involved in many things, what she loved and cared for the most was her passion for singing and dancing; she wanted to be a star.

Natasha worked three (3) part-time jobs; Macy’s jewelry dept, a tanning Spa and Salon, modeled for an agency, and managed to save enough to finance her own vehicle (Volkswagen Beetle).

Although, she had a lot going on, she wanted to attend college. She applied and auditioned to attend Berkeley College of Music and made the audition.  She knew she may be awarded a four (4) year scholarship. However, she decided to stay home and follow her mom’s footsteps, by working full time at Sovereign Bank and attend College at night (She passed away the same day she was hired).
Natasha was groomed when it came to finances.  After saving enough to finance her first vehicle, she took it upon herself to purchase an extra component of her insurance in case anything happened to her. She did not want her mother to take on the responsibility of her debt.  When she passed, her vehicle was paid in full by the insurance company.  Her treasured beetle was later sold to one of her art teachers who loved having her in her class.  She also left a savings account which she put in her brother’s name.

Her inspiration and Idols

Though Natasha had a busy life, she wanted more, and kept saying she wanted to be just like her mother and thought the more she was around her, the more experience she would gain in order to succeed. She decided to devote time in learning media and production, and served as the engineer to her mothers TV Program (The Rebecca Flores Show). She had hoped it would be a stepping stone to her dreams. The program is now dedicated in Natasha’s memory.

When her mother began writing her first book, Elements of Life – Elements de Vida, in memory of her father and brother, Natasha insisted in being part of it. So, she created the symbol to the book. Once the book was published Natasha negotiated with her mother to help sell the book in order to earn a few bucks. In turn, she became a part-time sales person and publicist. Natasha’s mom met many wonderful women due to her daughters’ poise, presence and tenacious will.
Although, her mother was her inspiration, Natasha was a passionate admirer of Jennifer Lopez, Selena and Alicia Keys. She saw herself as Selena the singer, J-LO the entertainer and dancer, and Alicia Keys the pianist; all three women of color.

(Rebecca Flores) – Why she created the foundation.

After Natasha passed away what kept going through her mothers’ head were the words she used to say – “Mom, I want to be just like you”, Natasha’s heartfelt words, her hard work, and her determination to pursue her dreams, are Natasha’s legacy, and what she left behind.

Natasha’s passion, and never losing sight of her dreams, is why her mother decided to keep her legacy alive. She founded the organization that would reflect and describe all that Natasha stood for. Her gifts, talents, spirit and essence were utilized to inspire and empower young women in a healthy manner; using their creativity as a therapeutic tool.

Rebecca Flores – Words for our youth

Although, Natasha was an accomplished young women, I must empathize, that instilling a sense of “Awareness”, in young girls is vital. While Natasha was aware of her friends and surroundings, she was not completely conscious (aware) of the surroundings outside of her environment.  As talented as she was, her caring heart never hesitating to be there for a friend, left her in a vulnerable environment, unaware that her life was about to be cut short.

Her talents and gifts were no match for the lack of awareness of the violence and strife in others. As her mom, this foundation is my way of saying, “we must not fast forward our life, because in reality we cannot rewind the past!”   – Rebecca Flores 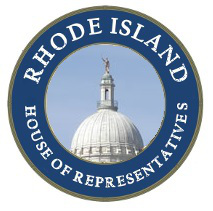